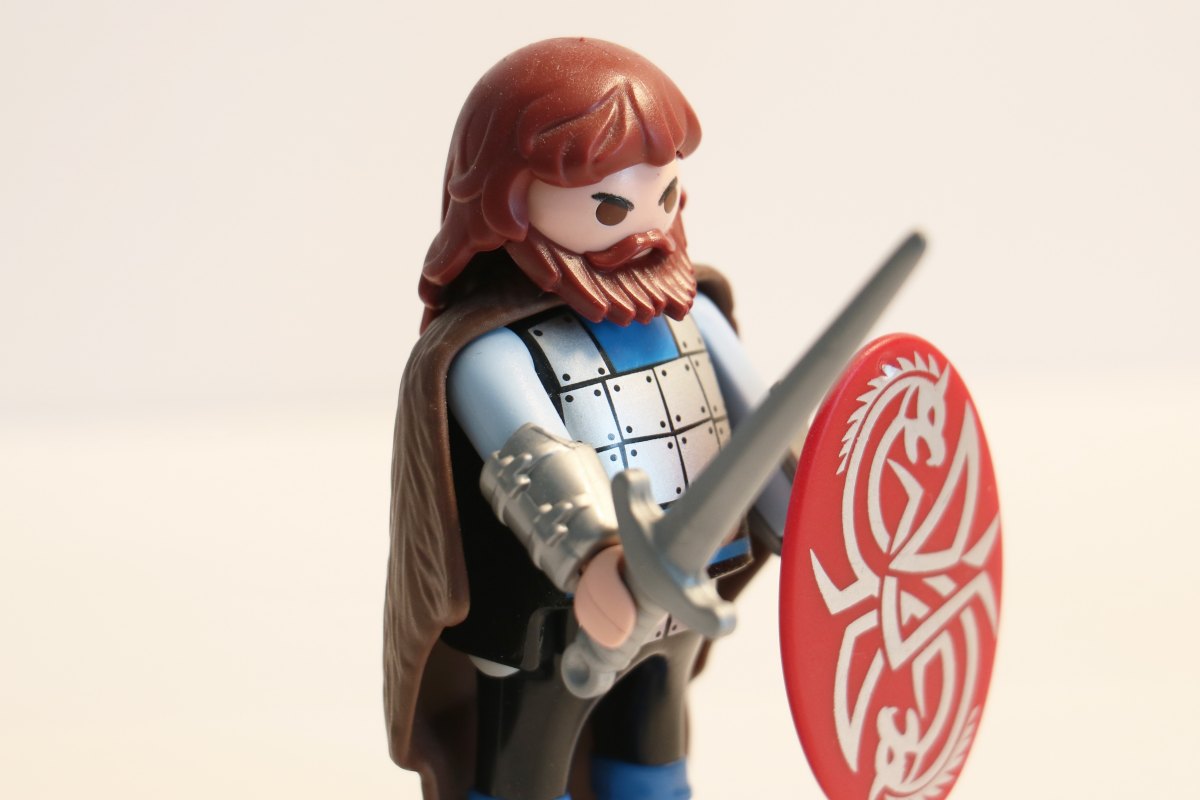 I recently read the Privacy & Cybersecurity Brief From Lowenstein and decided to provide a high level overview of the information that was in it regaurding the NY State SHIELD Act.

I am regularly asked what the average Internet user can do to ensure his security. My first answer is usually ‘Nothing; you’re screwed’.

This summer I had the pleasure of interning at USV this summer to support the Network Team.

Through my community management work in Slack as well as in attending USV network events, I noticed that one of the most common questions that comes up in the network is what tools are used by other companies.

To embark on this research project, we gathered over 450 software tools used across 64 companies, representing approximately 86% of our active portfolio. We began by tagging each tool based on department, the type of tool, and then explored how company size impacted usage.

Below are some observations and trends that we discovered.

As you can see below, developer tools ranked #1 among the categories of reported tools for this project, with 164 total tools reported. We also saw large numbers of tools used for communication, business intelligence, and design

Developer Tools in the Network

The chart below show the most popular developer tools overall in the network. After Github and Jira, there was a drop off which may be because there are many free/open source options, causing individuals and companies to explore and favor different ones.

Company size creates a stratification among developer, hiring, and communication tools. As an example of how this plays out in engineering, you can see that all of the size brackets use either Github or Jira, but after that, the differentiation develops. For example, smaller companies are less likely to use security software. On the communication side, smaller companies are more likely to use internal tools like Calendly, GoToMeeting, and Rocketchat, whereas external tools including Docusign, Facebook, Medium, Sendgrid, and Twitter persisted across all size brackets.

As for hiring tools, LinkedIn, Lever, and Greenhouse are the most popular in the network, but these are primarily only used by companies with more than 30 employees. Tools like Guru, Textio, DiscoverOrg, and Checkr were used with companies larger than 50 employees, while Jobbatical, Entelo, Jazz, and AngelList were used by our smaller companies.

While AWS still appears to be the favored cloud platform used among our portfolio, Google Cloud in particular appears to be gaining more traction. As you can see below, ¼ of companies are using either Google Cloud or Microsoft Azure.

Other tools with dominant market share include Slack and Salesforce. While 92% of our companies report using Slack, some companies opted to use Hipchat (recently acquired by Slack), Beekeeper, and Rocket Chat.

For sales management CRMs, 42% of our companies use Salesforce, however, some used alternatives like Google Streak, Insightly, or Close.io. It does not seem as though size played a role in a company’s choice in any of these circumstances.

One of the most fun parts about working on this project was learning about new tools used in the network. In fact, 52% of the tools reported were used exclusively by one company in our portfolio, which exposed a few new tools like Jell and Perdoo (both workflow management tools) as well as Sapling (an HR platform built for G Suite). It was also great to see how 78% of our portfolio companies use tools built by our portfolio companies (including Code Climate and Cloudflare, among others.)

While the average company in our portfolio is using 7 tools, one of our larger companies reported using 77 different tools, which made me realize that transitioning between tools may be a source of growing pains for startups. As our portfolio continues to expand, we hope that by aggregating and sharing this list internally (we’re even building a Slack Bot for our network to search these tools), we can make it easier to choose the best tool for each use case.

This summer I was an intern at a venture capital (vc) firm. Venture capital firms have a Monday meeting, each firm does these a little differently, but in a general sense these meetings are used to discuss how everything is going. During Monday meetings I would take notes of all of the acronyms that were used that I didn’t know what they meant.

This past weekend I was fortunate enough to be able to attend Y Combinator’s female founders event.

For those of you how don’t know, Y Combinator was founded in 2005 and has invested in over 1,800 companies. Instead of investing a lot of money in a few companies, YC decided to invest a little in a lot of companies and help them along the way. This concept is what we now call an accelerator.

“Y Combinator created a new model for funding early stage startups.Twice a year we invest a small amount of money ($120k) in a large number of startups.The startups move to Silicon Valley for 3 months, during which we work intensively with them to get the company into the best possible shape and refine their pitch to investors. Each cycle culminates in Demo Day, when the startups present their companies to a carefully selected, invite-only audience.But YC doesn’t end on Demo Day. We and the YC alumni network continue to help founders for the life of their company, and beyond.”

The event started off with Jessica Livingston speaking very candidly to the audience. She was one of the four founders of YC — the only one without a technical background, and the only female. She told us her hats she wore as a founder. One of her roles in founding YC was being a therapist to the teams of these small companies. When you are founding a company, you are putting your life on hold and focusing on turning a crazy idea you had into a company. Making this jump into uncertainty requires a hand to hold — Jessica was that hand for YC companies. Jessica also had a good judge of character. After companies would pitch to YC, the three male founders would all turn to Jessica at the end and ask if they should invest. She could read the personalities of the founders better than the men and made sure YC was sticking to their zero asshole policy(this policy no longer exists).

Aside from sharing stories with the audience about the early days of YC, Jessica shared 9 points of advance.

All of these points are important, but there were three that really resonated with me. The first is that “there is no one mold for a successful founder”. I loved this point because I also think that there is no one mold for a successful person. Success looks different to everyone. I also believe that sometimes being so far off from the mold can work in one’s favor. The second is that “it’s ok not to have gone to an elite college”; I have free college in the state of Florida, and I chose free college over an elite college. Despite me consciously making this decision I am often self conscious that I am inferior to another person because of the name of their University. Having the idea reaffirmed that it’s what you do with your education, not where you go, was very comforting for me. The final point was to be intrepid, this means to be fearless and adventurous. I have many fears and intentionally make myself face them. I believe that in order to constantly be evolving as individuals we must seek change when we become comfortable.

I will leave you with the a quote I live my life by.

“Do one thing every day that scares you.” Eleanor Roosevelt

This story is published in The Startup, Medium’s largest entrepreneurship publication followed by 340,876+ people. 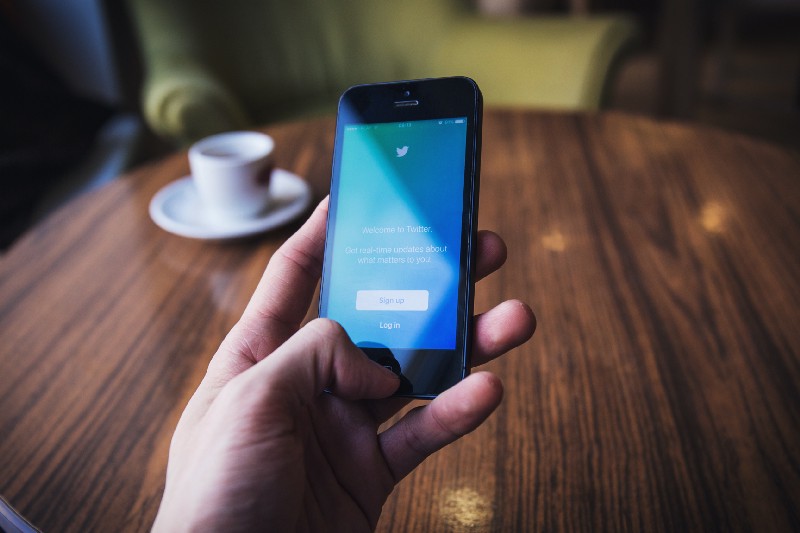 This summer at my internship I had the oppurtunity to run the companies’ Twitter page, and as a programmer I was excited for this challenge. Previous to this I had only tweeted from my own Twitter accounts, but knew that I loved twitter and thought I was #blessed when it came to my tweeting skills. I ended up growing our twitter following by over 300% as well as increasing our user interaction with our tweets.

I’m going to share a few of my tips…

a. If they don’t follow back within a month I would unfollow them, because you don’t always want to be following significantly more people than follow you

2. Interact with accounts’ tweets. Someone may not be following you, but interacting with their tweets can help you get that follow.

3. Engage with other brands. Mutual brand boosting is helpful to both companies involved, this also increases who your tweets are being seen by.

4. Tweet about those silly holidays. When it’s national cat day tie that into your company(even a picture of someone at the company with a cat works), but use those trending hashtags in the post.

5. Interesting articles with a brief summary always to well. Those tweets do even when there is a picture and not the link to the article.

6. 80% work, 20% fun. A company’s twitter should be 80% about the company and related topics, and the other 20% should be fun things such as #MondayMotivation

7. Vary the times in the day you tweet. You can even set up systems to send out tweets at certain days and times. Make sure to tweet on the weekend 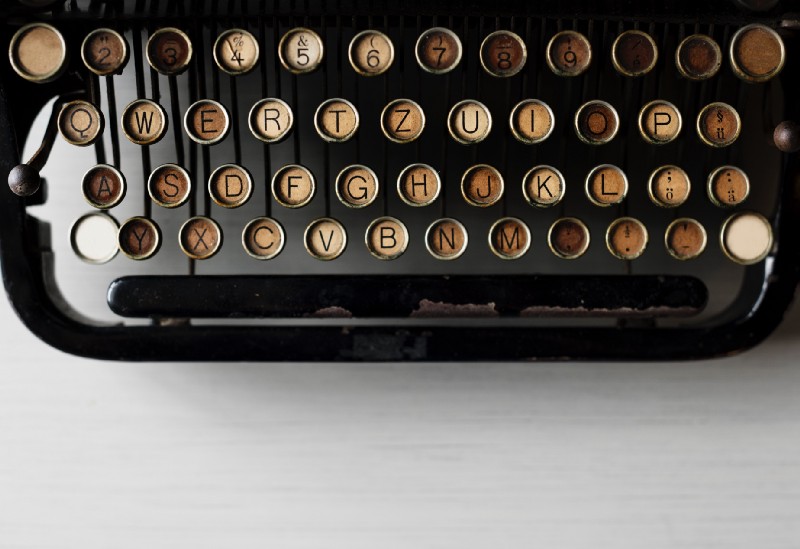 Through my time in the tech world there have been many acronyms used in conversation. When this happens I have to pause the person speaking and ask what said acronym means. Of course there are more acronyms than listed here, but here is a list of a few of them that I think will be most helpful!

When looking for a job or internship the best way to narrow your search is by choosing between a large company or a startup. There are pros and cons to both of these, and I’ll be going through a few of them.

I have always leaned towards the startup world, but am considering joining a larger company for my next internship!